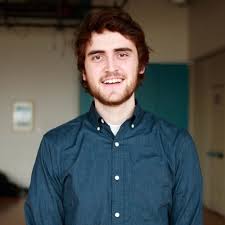 Isaac Mayhew (b. 1995) is a composer and trumpet player based in Saint Paul, Minnesota.

Mr. Mayhew strives to create music that has the capability to engage a wide range of audiences while maintaining a high level of artistic integrity. He draws influence and inspiration from the works of a great many composers such as Aaron Copland,Igor Stravinsky, Alan Hovhaness, and David Maslanka. His pieces have been performed at venues ranging from the Lawrence Memorial Chapel and the Draw Art Gallery in Appleton to Studio Z in Saint Paul. His music has been programmed by a variety of performers including soloists Nikki Melville, Jacob Fernandez, Derrick Hahn, and Alek Wasserman, as well as ensembles such as the Lawrence University Symphonic Band and Liquid Jungle Quintet. Isaac is a recipient of the Pi Kappa Lambda Composition Award, a winner of the 23rd Annual Eric Stokes Song Contest, and his piece Ataraxis 2.3 for bassoon and electronics was featured at the 2017 International Double Reeds Society conference.

Mr. Mayhew is also active as a trumpet player and works to promote new music as a performer. He is particularly interested in the artistic and innovative potential of mixed chamber ensembles. He is also a founding member of the Liquid Jungle Quintet, an ensemble dedicated to the advancement of new music for brass quintet. The group has been coached by members of Mnozil Brass, the Atlantic Brass Quintet, and members of the chamber collective Decoda.

Mr. Mayhew is a member of the American Composer's Forum, the American Society of Composers, Authors, and Publishers (ASCAP), and the Millennium Composers Initiative.