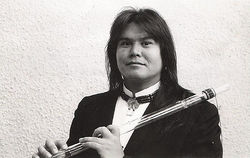 Indian Treaty Time is a tribute to the American Indians of Minnesota. Indian Treaty Time musically evokes the massive loss of indigenous lands that left the Dakota and Ojibwe people removed from their original territories. American Indians did not own land privately, as Western European settlers may have assumed. The idea that land could be bought and sold was a foreign concept not shared by the Indians. For Dakota and Ojibwe people, the land was regarded as a living relative where Indians and Earth existed in a shared kinship relationship. The treaties were agreements between sovereign nations, and considered the highest law of land by the U.S. Constitution.

It is hoped that Indian Treaty Time will open another doorway for discussion, in a way that is respectful, is musical, and honors the Dakota and Ojibwe of Minnesota.