In League with Extraordinary Women 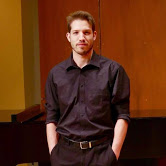 In League with Extraordinary Women (Concerto for Tuba and Wind Band) was commissioned by one of my former teachers, Dr. Robin Sisk, and is inspired by the extraordinary lives of Amelia Earhart, Marie Sklodowska-Curie, and Grace O’Malley. Each movement is a glimpse into their different worlds while providing equally exciting, reflective, and thrilling challenges for the soloist.

The genesis of this work comes from two sources: the first is Dr. Susan McClary’s Feminine Endings (1991), which was one of the first writings to analyze music from a feminist perspective. It examines everything from modern pop-stars to how theorists have described sonata form through history and much more. It is a text I strongly believe every musician needs to read. The second source is Dr. Peter Graham’s euphonium concerto In League with Extraordinary Gentlemen (2008) which uses H.G. Wells’s The Time Traveler, Sir Arthur Conan Doyle’s Sherlock Holmes, and Jules Verne’s Around the World in Eighty Days as inspiration. The way Graham handles this material culminates in what I believe to be the best-written euphonium concerto to date. It was in the summer of 2016 that I was reading McClary’s writing while preparing Graham’s piece that the idea for this tuba concerto was born.

Robin has been one of my longest private teachers and has never failed to be supportive. Her skills as a soloist never failed to impress me, and for years I have wanted to write something to match her spirit as well as thank her for all she has helped me accomplish. It is only fitting that this work belongs to one of the most extraordinary women in my life.

I would also like to thank Dr. Thomas McCauley and the members of the 2017 Windhaven ensemble for their help in an early reading of the piece. Amy Wilcox was the conductor, Brian Prada was the tuba soloist, and Chris Golinski provided a wealth of percussion knowledge.

I. The Fun of It
The concerto begins with us racing down a runway for take-off. Once airborne, our pilot, Amelia Earhart, begins telling us about her exciting adventures in flight, the blissful feelings of freedom, and the dangers she faces in a time when aviation technology was still in flux.

The Fun of It is the title of Earhart’s 1932 book she wrote after her second flight across the Atlantic Ocean, and this movement follows her various endeavors. From being the first woman across the Atlantic to attempting to circumnavigate the globe Earhart was a vital figure not only in historical achievements but also in developments for other female pilots.

This movement introduces the motif of the entire work – B-flat, C, E-flat, and F which are the keys tubas are pitched in. The movement ends as abruptly and mysteriously as Earhart’s life: we hear a churning rhythm but whether it is the ocean or an engine soaring into the distance is for the listener to decide.

II. On the Discovery of Radium
We next join Marie Sklodowska-Curie in her laboratory while she is on the brink of discovering yet another new element – radium. She asks various questions to herself as we take in all the strange and unusual devices around us. But before we get a chance to fully acquaint ourselves, Marie has begun experimenting in her quest for the mysterious element.

Curie was the first woman to not only win the Nobel Prize (1903, for physics) but the first person (and only woman) to earn the distinction twice (1911, for chemistry). A pioneer in radioactivity as well as a champion of higher education for women, Curie’s achievements still resonate around the globe.

The form of this movement is the Scientific Method, and the exhilarating demands of Curie’s experiments send the soloist on a fervent whirlwind of technique and control. After a major breakthrough Marie sits in awe and wonder before her discovery.

III. The Pirate Queen
Finally, we join the Pirate Queen Grace O’Malley as she sails around her territory in Ireland. She tells us of her many victories but also of the friends and family she has lost. But off in the distance we hear a much different tune – William Byrd’s the leaves be greene. This can only mean one thing – Queen Elizabeth I has sent her forces into Grace’s seas. A battle ensues and the listener is caught in the middle of it!

After the dust settles we find ourselves with Grace in an audience before Elizabeth. The two have a polite but serious discussion and learn of each other’s lives and differences. Eventually the two come to an appreciation of each other in an octave F – showing a common ground though still worlds apart. Grace sails home with this new-found victory and leaves us with a final display of her skill.