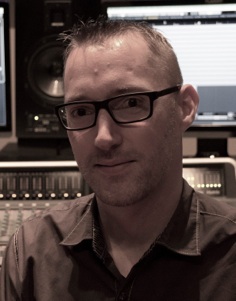 Ian Corbett is a British composer, engineer, and saxophonist living in the United States.

Dr. Corbett's composition credentials include a Doctor of Musical Arts degree from the University of Missouri-Kansas City, a Fellowship Diploma from the London College of Music, and an M.M. degree from Emporia State University, Kansas.

A saxophonist and clarinetist, Ian has performed in venues such as Sydney Opera House (Australia), Valencia's Palau de Musica (Spain), and London's Royal Festival Hall, and for many radio broadcasts in the United Kingdom. He holds a licentiateship teaching diploma (clarinet) and associateship performance diploma (alto saxophone) from the London College of Music. In 1994, he produced and staged a multi-media concert of his commercial studio works in the Mumford Theater, Cambridge, UK. As a studio musician, his saxophone playing (and horn arrangements) are featured on several deep-house tracks, released in 2002 on the Viva and Hed Kandi labels, and in 2004 his solo compact disc If That's You was released by off-beat-open-hats. Most recently he was featured on Kansas City Hammond B3 organ legend Everette Devan’s latest CD For the Love of You. He can frequently be found playing in various jazz clubs and venues around Kansas City.

Dr. Corbett is the coordinator of the Audio Engineering Program, and professor of music technology and audio recording at Kansas City Kansas Community College. He also owns and operates "off-beat-open-hats - recording and sound reinforcement", servicing clients around the Kansas City area. Since 2004 he has been a member of the Audio Engineering Society's Education Committee, and has mentored, presented, and served on panels at local, regional, national, and international AES events, as well as other events throughout the USA, Europe, Central America and Asia. He is also a member of the Producers & Engineers Wing of the National Academy of Recording Arts and Sciences. Ian authors articles on audio recording related subjects for Sound On Sound (The Worlds Best Recording Technology Magazine), and Mic It!, his book on mics, mic techniques, and their impact on the mix process was published by Focal Press in 2014.