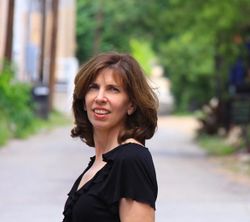 In addition to the 50th anniversary of the National Historic Trails System, 2018 marked the 175th anniversary of the Oregon Trail. In the full suite, I strive to evoke the essence of the landscape along the route. The movements represent three very specific and different sites -- two of which appear very similar to the 19th century. The most famous site -- Willamette Falls in Oregon -- was immediately industrialized for its power. Each “location” represents important places for both the trail’s historic inhabitants and the settlers who traversed the trail to reach what they imagined was the land of bounty. Thus, the music attempts to take the listener back to the landscape itself, and to life prior to settlement and during the pioneers’ cross-country experience. The emotions of these people, both with historical ties to the landscape and the travelers moving through, found their way into the music.

Willamette Falls (Hyas Tyee Tǝmwata) is the largest waterfall in Oregon Territory and second only to Niagara Falls in the envisioned United States. Fur traders and painters had built up this landscape as North America’s Eden. This was the end point of the Oregon Trail -- the destination that nearly half a million people strove to reach. Prior to the migration of Americans here, Hyas Tyee Tǝmwata flourished as a major fishery, with a thriving society of people living in semi-permanent villages of wooden structures. The third movement ties together the falls, the traditional importance of the landscape and the excitement of the setters upon their arrival.

Composed for grade 4-5, this piece was constructed in a linear rather than metrical process. Bars are set up for the division of the phrases and sections.

This 3rd movement of the suite representing the terminus of the Oregon Trail (today, Oregon City, Oregon) is emotional, with symbiotic yet conflicting sets of tonality. This integrates a 21st century lens on a historic trail that is both one of the most revered and yet one of the most troubling and painful. Beginning with life along the falls, Section D musically depicts Manifest Destiny as the political and religious goals of the period. E and F lyrically capture the joy of the emigrants as they begin their new life. G returns us to the waterfall and the continuing presence of its historical inhabitants.

“Te” sound, rather like tonguing, while notated on the staff, is only a hard mouth sound, not through the instrument. Likewise, blowing SHOO is only through the mouth, like blowing wind.