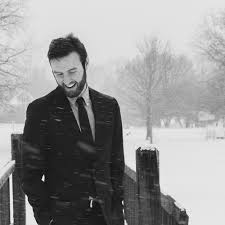 Hunter Gregory (b. 28 September 1995, Nashville, Tenn.) is an American composer and saxophonist.

Mr. Gregory has been composing since age 10. He is now studying composition at the Greatbatch School of Music under Dr. Carrie Magin. He has written for numerous ensembles, but most frequently for choir. He is an active composer and performer, and his compositions have been featured in undergraduate recitals, weddings, the Houghton Symphonic Winds International Tour, and at the graduation ceremony for Martin Luther King Jr. Magnet High School at which First Lady Michelle Obama gave the commencement speech. He has been commissioned by the Arlington High School mixed chorus in Poughkeepsie, N.Y., the choir at Houghton Academy in Houghton, N.Y., twice by the A.D. Oliver Middle School chorus in Brockport, NY, and twice by the Nashville School of the Arts choirs.

He is a winner of the Donald Sinta Saxophone Quartet Composition Competition and has been performed by the Donald Sinta Saxophone Quartet as a part of a new music concert at the Kerrytown Concert House in Ann Arbor, Michigan. As a performer, he has toured with numerous ensembles, including the Houghton Symphonic Winds and the Houghton College Choir.