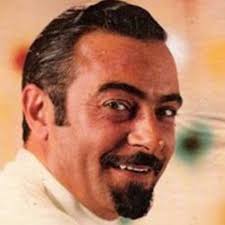 Hugo Montenegro served two years in the United States Navy as an arranger with the band at Newport (Rhode Island) Naval Base. After the conclusion of World War II2, he studied composition at Manhattan College, leading his own band for school dances as well. After working in the New York area with several groups and recording studios, he moved to the Los Angeles area in the early 1960s, where he began working for RCA records.

Montenegro began scoring music for films with Advance to the Rear in 1964. He then was hired by Columbia pictures to score music for films, including the Matt Helm pictures, and Hurry Sundown. He also worked in television, scoring the theme for the second season of I Dream of Jeannie. He also composed the music for the long running The Partridge Family (1970).

His best known work is derived from interpretations of the music from Spaghetti Westerns, especially his cover version of Ennio Morricone's main theme from the 1966 film The Good, the Bad and the Ugly. He also composed the musical score for the 1969 Western Charro! which starred Elvis Presley.

During the mid 1960s Montenegro started producing some of the most renowned works from the space age pop era, featuring electronics and rock in albums such as Moog Power and Mammy Blue. He created a number of well-regarded electronic works, and helped push the popularity of the Moog synthesizer.