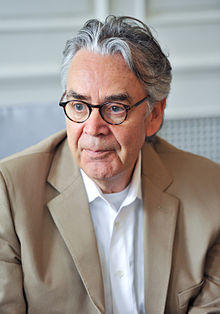 Howard Leslie Shore (b. 18 October 1946, Toronto, Ont., Canada) is a Canadian composer who is notable for his film scores.

Shore started studying music at the age of 8 or 9. He progressed to learning to play instruments, playing in bands by the age of 13, 14, and by the age of 17 he had decided he wanted to pursue music in his adult life too. When Shore was 13, he met and became good friends with a young man called Lorne Michaels in summer camp, and this friendship would later be influential in his career. He studied music at Berklee College of Music in Boston after graduating from Forest Hill Collegiate Institute.

From 1969 to 1972, Shore was a member of the jazz fusion band Lighthouse. In 1970, he became the music director for Lorne Michaels and Hart Pomerantz's short-lived TV program The Hart & Lorne Terrific Hour. Shore wrote the music for Canadian magician Doug Henning's magic musical Spellbound in 1974 and, from 1975 to 1980, he was the musical director for Lorne Michaels' influential late-night NBC comedy show Saturday Night Live, appearing in many musical sketches.

Major success came in 2001 with his score to The Lord of the Rings: The Fellowship of the Ring, the first film in the highly acclaimed The Lord of the Rings trilogy. The news that Shore would score the trilogy surprised some, since he was primarily associated with dark, ominous films and had never scored an epic of this scale. However, the score was hugely successful and won Shore his first Oscar, as well as a Grammy Award, and garnered Shore nominations for a Golden Globe and a BAFTA.

He has composed the scores for over 80 films, most notably the scores for The Lord of the Rings and The Hobbit film trilogies. He won three Academy Awards for his work on the first trilogy, with one being for the original song Into the West, an award he shared with Eurythmics lead vocalist Annie Lennox. He is also a consistent collaborator with director David Cronenberg, having scored all but one of his films since 1979.

Shore has also composed a few concert works including one opera, The Fly, based on the plot (though not his score) of Cronenberg's 1986 film premiered at the Théâtre du Châtelet in Paris on July 2, 2008, a short piece Fanfare for the Wanamaker Organ and the Philadelphia Orchestra, and a short overture for the Swiss 21st Century Symphony Orchestra. Shore also scored for The Twilight Saga: Eclipse, the third film of the five-film series.

In addition to his three Academy Award wins, Shore has also won three Golden Globe Awards and four Grammy Awards. He serves on the board of trustees at his alma mater, Berklee College of Music.

Since 2004, he has toured the world conducting local orchestras in the performance of his new symphonic arrangement of his highly acclaimed Lord of the Rings scores. The new work is entitled The Lord of the Rings: Symphony in Six Movements.