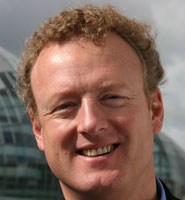 Mr. Goodall is perhaps best known for his television themes for Mr. Bean and The Vicar of Dibley. His recent television presentations, The Story of Music and Sgt. Pepper’s Musical Revolution, have been popular in England and around the world.

Goodall has a body of choral music. As well as presenting the BBC's Choir of the Year, Young Musician of the Year, Goodall was Classic fm's Composer-in-Residence and host of Saturday Night at the Movies for six years.

Goodall has been awarded honorary Doctorates of Music from Bishop Grosseteste University College in Lincoln, the University of Bolton, Mountview Academy of Theatre Arts with the University of East Anglia and Doctor of Literature (Education) form the Institute of Education, University of London. In January 2011 Goodall was appointed Commander of the Order of the British Empire (CBE) in the 2011 New Year Honours for services to music education.