How Are Things in Glocca Morra? 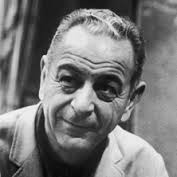 How Are Things in Glocca Morra? is a popular song about a fictional village in Ireland, with themes of nostalgia and homesickness. It was introduced by Ella Logan in the original Broadway production of Finian's Rainbow. The music was composed by Burton Lane and the lyrics were written by E. Y. Harburg. The song was published in 1946 and introduced in the 1947 musical Finian's Rainbow.

There is no actual Glocca Morra in Ireland (though there is a Glockamara). In a television interview late in his life, Harburg revealed that the name "Glocca Morra" was made up by composer Lane, who had devised a dummy lyric beginning with the line, "There's a glen in Glocca Morra". Harburg liked the name but insisted on changing the line to, "How are things in Glocca Morra?", as this is more personal and immediately evocative of nostalgia and homesickness.

James Stephens' work, The Crock of Gold (first published in 1912) refers to "the leprechauns of Gort na Gloca Mora" ("the field of the big rock" in Gaelic). It is unknown whether Lane or Harburg were aware of the novel or if this is just a coincidence.