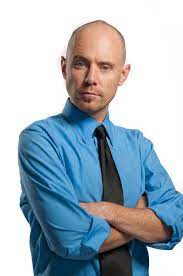 The material for How About Here is all based around immutable musical objects and how they interact with one another. The opening movement takes various ostinato patterns and has them combine with different bass notes. The second movement attempts to merge three melodic fragments with three different chords, and the final movement is a sequence of unchanging passacaglias which overflow into an ecstatic conclusion. The whole thing reminded me of someone rearranging furniture in a room; the actual pieces don’t change but, rather, combine in different ways to make something pleasing. Hence, the title: How About Here. This piece was originally the middle, slow movement of my master’s thesis in composition scored for chamber ensemble. The music seemed perfect for an expansion into a wind piece.

How About Here received its premiere by the pale blue. wind ensemble (Corey Pompey, conductor) on February 5, 2015.