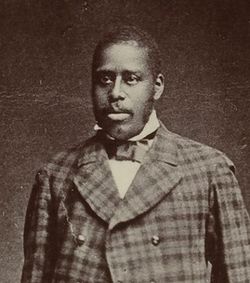 Weston was free-born in Connecticut. He was one of the biggest stars of the minstrel stage during its heyday in the late 19th century, along with James Bland, Billy Kersands, and Sam Lucas. Weston started with Buckley's Serenaders in 1863, but spent most of his career with the Georgia Minstrels. In 1873 he became the first black performer featured in a special role when he toured overseas in a production of Uncle Tom's Cabin. Late in his career, he performed with the Ringling Brothers and Barnum and Bailey (Circus) Greatest Show on Earth.