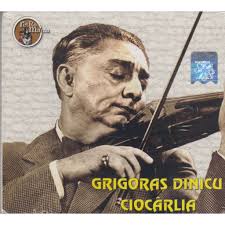 Hora staccato (1906) is a virtuoso violin showpiece by Grigoraș Dinicu. It is a short, fast work in a Romanian hora style, and has become a favorite encore of violinists, especially in the 1932 arrangement by Jascha Heifetz. The piece requires an exceptional command of both upbow and downbow staccato. The character of the piece also demands the notes be articulated in a crisp and clear manner so that the vibrancy of music comes out.

Dinicu wrote it for his graduation in 1906 from the Bucharest Conservatory, and performed it at the ceremony. Subsequently it has been arranged for other combinations of instruments, notably trumpet and piano.