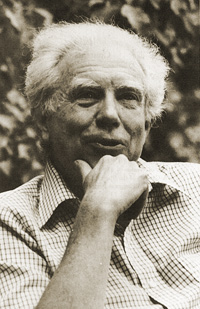 The Holiday Overture was composed on Fire Island (N.Y.) during the summer of 1944 and reflects the general uplifting spirit of most American concert music composed then. France’s liberation, while especially meaningful for Carter who spent three years in Paris, was a decisive American victory and an early harbinger of the Allied triumph ending World War Two the following year. A triumphant attitude permeates the overture, perhaps Carter’s most bravado music. Yet, even though it sounds almost antithetical to the introspective multi-layerings he would embark on only a few years later, Carter considers the overture transitional.

In his 1970 essay The Orchestral Composer’s Point of View, Carter claims the overture was his first composition “to use consciously the notion of simultaneously contrasting layers of musical activity, which characterizes most of my more recent work”. Syncopated themes, while nowhere near his later staggering rhythmic complexity, already sit uncomfortably within measures of common time and already become a tangled web of cross rhythms and dissonances.

Although the overture celebrates a major German defeat, it ironically received its first performance in Germany.