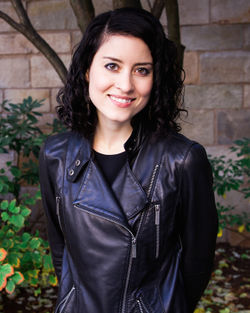 In the summer of 2012, Purrington received funding through a Wagoner Foreign Study Grant to study music composition and German Language at the Freie Universität Berlin, and in the summer of 2013 she participated as a Fellow at the Norfolk Chamber Music Festival’s New Music Workshop. Her music has been commissioned and performed by many distinguished ensembles, including the American Modern Ensemble, Voices of Change, the NOVUS Trombone Quartet, and the Musical Chairs Chamber Ensemble. Recent projects include commissions from the Chicago Harp Quartet and the Melodia Women’s Choir of NYC.

Ms. Purrington's work has received recognition from the American Society of Composers, Authors and Publishers (ASCAP), and Voices of Change/Dallas Symphony Orchestra, among others.