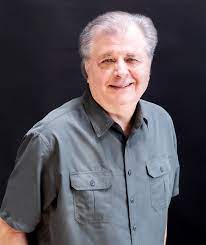 A monumental work from the pen of Joseph Turrin, High Flight was commissioned by the United States Air Force Band and is dedicated to the American pilots who fought in the Spanish Civil War (1937-1939). Stunning passages and masterful orchestrations characterize this multifaceted composition as motifs are developed and the emotional pacing unfolds. Inspired by the poem High Flight by pilot Gillespie Magee.

This multifaceted work is characterized by stunning beauty blended with masterful orchestration, which exemplifies the unfolding and emotional pacing of the developing motifs. The inspiration for this work originates from the poem High Flight by officer John Gillespie Magee, Jr., an American pilot who served with the Royal Canadian Air Force (RCAF) and who was killed at the age of 19 when his aircraft collided with another plane. His poem reads:

Oh! I have slipped the surly bonds of Earth
And danced the skies on laughter-silvered wings;
Sunward I’ve climbed, and joined the tumbling mirth
of sun-split clouds,—and done a hundred things
You have not dreamed of—wheeled and soared and swung
High in the sunlit silence. Hov’ring there,
I’ve chased the shouting wind along, and flung
My eager craft through footless halls of air....


Up, up the long, delirious, burning blue
I’ve topped the wind-swept heights with easy grace
Where never lark nor ever eagle flew— And, while with silent lifting mind I’ve trod
The high untrespassed sanctity of space,
Put out my hand, and touched the face of God.