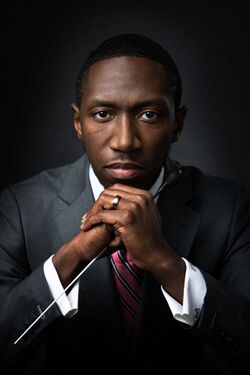 Henry Dorn (b. 1988, Little Rock, Ark.) is an American composer and conductor.

As a composer, his works include performances by the Harlem Quartet, the Elysian Trombone Quartet, Argento Ensemble, the Sanctuary Jazz Orchestra, the Dallas Wind Symphony, among others.