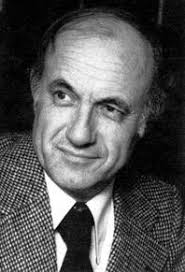 He attended the school of music in The Hague and played clarinet and violin for 12 years in the Royal Military Band. In 1956, he graduated from the Royal Netherlands Conservatory, and the following year he became director of the Royal Netherlands Marine Band, with which he made many recordings. He left that position in 1964.

In 1965, Lijnschooten became educational director for wind instruments at the Rotterdam School of Music. He was professor of band conducting at the Arnhem Conservatory and music-councellor of the Royal Netherlands Federation of Bands. He frequently was called upon to adjudicate band festivals and contests and guest-conducted extensively throughout Europe, the United States, Canada, and Japan. He presided over two conferences of the Confederation Internationale des Societies Populaires de Musique and was a member of several foreign music organizations.

Lijnshooten composed almost exclusively for band, and some of his pieces were composed under the pseudonyms Michael van Delft and Ted Huggens. Of his band works, only a few are of the difficulty which Americans classified as grades 5 or 6, and the remainder are of the medium or easy grade. Not many of his compositions are known in America. He also wrote several volumes of educational music and made band arrangements of numerous pieces by Bartok, Satie, Susato, and others.