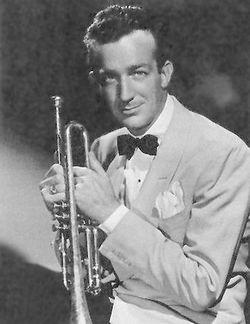 Harry James was born to a circus family. He started performing with the circus at an early age, first as a contortionist at age four, then playing the snare drum in the band from about the age of six. James started taking trumpet lessons from his father at age eight, and by age twelve he was leading the second band in the Christy Brothers Circus, for which his family was then working.

In 1924, his family settled in Beaumont, Texas. It was here in the early 1930s that James began playing in local dance bands when just 15 years of age. James played regularly with Herman Waldman's band, and at one performance was noticed by nationally popular Ben Pollack. In 1935 he joined Pollack's band, but left at the start of 1937 to join Benny Goodman's orchestra, where he stayed through 1938. He was nicknamed "The Hawk" early in his career for his ability to sight-read.

With financial backing from Goodman, James debuted his own big band in Philadelphia, Pennsylvania, in January 1939, but it didn't click until adding a string section in 1941. Subsequently, known as Harry James and His Music Makers, it produced the hit You Made Me Love You, which peaked in the Top 10 during the week of December 7, 1941. He and his band were featured in three films, Private Buckaroo, Two Girls and a Sailor and Springtime in the Rockies. He toured with the band into the 1980s.

James' band was the first high-profile orchestra to feature vocalist Frank Sinatra, who signed a one-year, $75 a week contract with it in 1939. The James band's featured female vocalist was Helen Forrest, and his later band included drummer Buddy Rich. Johnny MacAfee was featured on the sax and vocals, and Corky Corcoran was a youthful sax prodigy.