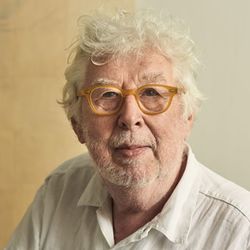 Birtwistle's interest in music was encouraged by his mother, who bought him a clarinet when he was seven, and arranged for him to have lessons with the local bandmaster. He became proficient enough to play in the local military-style band, and also played in the orchestra that accompanied Gilbert and Sullivan productions and the local choral society's performances of Messiah. Birtwistle composed from around this time, later describing his early pieces as "sub Vaughan Williams".

In 1952 he entered the Royal Manchester College of Music in Manchester on a clarinet scholarship. While there he came in contact with a talented group of contemporaries including Peter Maxwell Davies, Alexander Goehr, John Ogdon and Elgar Howarth. Then followed two years of National Service in the Royal Artillery (Plymouth) Band, based in Oswestry. He served as director of music at Cranborne Chase School from 1962 until 1965, when a Harkness Fellowship gave him the opportunity to continue his studies at Princeton University, where he completed the opera Punch and Judy. This work, together with Verses for Ensembles and The Triumph of Time, established Birtwistle as an important voice in British music.

In 1972 he wrote the accompanying music to The Offence, starring Sean Connery, which was his only film score.

In 1975 Birtwistle became musical director of the newly established Royal National Theatre in London, a post he held until 1983. He was honoured with a knighthood (1988) and as a Companion of Honour (2001). From 1994 to 2001 he was Henry Purcell Professor of Composition at King's College London. Birtwistle was the 1987 recipient of the University of Louisville Grawemeyer Award for Music Composition. In 1995 he was awarded the Ernst von Siemens Music Prize.

It is not easy to link Birtwistle's music to any particular school or movement. It is complex, written in a modernistic manner with a clear, distinctive voice.