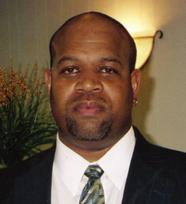 From childhood throughout my adult life, there have been many people from history that I have looked upon as heroes, people who have exhibited courage and a selflessness that goes well beyond the normal limits of the average individual. One such hero is Harriet Ross Tubman, born Araminta Ross (1822-1913). The fact that she escaped to freedom but then took on the responsibility of returning to where she had escaped from to free others to a better life is amazing and inspiring to me. With slave catchers and bounty hunters on the search, she put herself in harm's way many times to help others.

Most of Harriet Tubman's work helping slaves to the North was done by means of the Underground Railroad, a large network of people who gave help to fugitive slaves to get to the northern states of the U.S. or to Canada. The system was not actually underground or a railroad but got its name because of its methods. The system did, however, use railroad terms to describe certain aspects. Rest stops were called stations or depots, people in charge of stations were called stationmasters, and people in charge of moving people from one station to another were called conductors, for which Harriet Tubman was the latter. Tubman also became referred to as Moses, named after the biblical man who led the Jewish population from Egypt. Tubman would later serve as an anti-slavery advocate, participate in the women's rights movement, and serve as a nurse, scout, and spy for the Union Army.

When Harriet Tubman arrived at plantations, she used coded songs/spirituals to gather, group and give instructions to fugitive slaves for travel northward. These coded songs originated in the churches of African-American slaves. Songs like Wade in the Water provided escape instructions in the lyrics. The title of the song is actually an instruction to wade across streams as a method to keep bloodhounds from scenting their tracks. Follow the Drinking Gourd not only contained hidden instructions but also conveyed a detailed map of how to reach Canada. The Drinking Gourd referred to the constellation the Big Dipper for which the North Star is included. Slaves knew that if they followed it they were headed north. Another favorite song of Harriet Tubman, Go Down Moses, was used as a signal to let slaves know that she was in the area and that a trip northward was being planned. I chose to use this song as thematic material for this composition because of its compelling and haunting nature, and its familiarity. Other compositional elements contained in Harriet are based on the melodic and harmonic structure of Go Down Moses.

I had been waiting for the right opportunity to write a composition inspired by Harriet Tubman for years, so when Dr. Thomas McCauley approached me with the possibility, I immediately accepted the commission. I have known Tom a number of years now, and every project we have collaborated on has been a fantastic, spiritual experience. Tom always brings a vibrant dynamic to the music that goes well beyond just the notes on the page, and he is a first-class artist. The premiere by Tom and his fantastic group was amazing, and was so emotional it brought tears to my eyes. I thank him and his students for such an amazing musical experience.

Finally, there were many types of people involved in the Underground Railroad. The success of the Underground Railroad depended upon people of different races, creeds, and colors working together for a common good. This is just another example of what can be accomplished if we work together and realize that “Our Destinies Are Tied Together, None Of Us Can Make It Alone.”

Movement I. Araminta's Escape. Harriet Tubman was born Araminta Ross. After her escape, she took on the first name Harriet and used her married name of Tubman. My aim in this first movement was to represent what must have been a dangerous, terrifying and anxiety ridden first escape. There are short quotes from the song Go Down Moses throughout. For the last section of this movement, I used the song Go Down Moses to represent her liberation into a new life and her resolve to help others to freedom.

Movement II. Stranger in a Strange Land. This movement represents the solitude of being away from home and family. It was during this time that she finds work to fund her return trips and makes intricate plans to return to Maryland to help free her family and others.

Movement III. Moses. The beginning of this movement returns to the tension and anxiety of participating in the escapes of other slaves, including family members, through the Underground Railroad. The title is a reference to the fact that many referred to Harriet Tubman as Moses. The middle section of this movement returns to the song Go Down Moses. It ends in a spiritually evocative mood reminding us of Harriet’s courage and heroic accomplishments in the face of danger and adversity.

Harriet was commissioned by the Cali School of Music Commissioning Project for the Montclair State University Wind Symphony, Thomas McCauley. World premiere performance was given April 23, 2010.