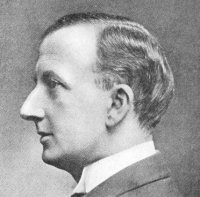 MacCunn wrote his first composition, a piano piece, at the age of five. He entered the newly opened Royal College of Music in 1883, where he studied for three years before refusing his degree because he felt it was unworthy of him. Thereafter, he left school to concentrate on composing.

Despite his tumultuous departure from the Royal College of Music, MacCunn went on to a string of successes with orchestral compositions that were programmatic and overtly Scottish in content. His concert overture The Land of the Mountain and the Flood premiered on November 5, 1887, under the auspices of conductor Sir August Manns of the Crystal Palace Orchestra and Sir George Grove (who would later go on to establish his fame as compiler of the well-known Grove’s Dictionary of Music).

After a decade of compositional success and acclaim, MacCunn’s star began to fade as public tastes changed and he relied more on conducting and teaching to support himself and his family. He was a professor at the Royal College of Music from 1888-1894 and conductor of the Carl Rosa Opera Company for several years. He always maintained a full schedule of teaching and conducting.