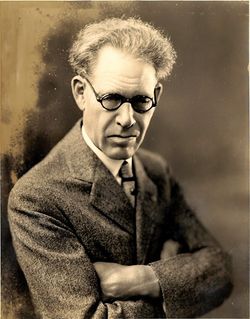 Descended from Dutch stock, VanderCook's father and many of his Dutch ancestors were musicians. He began music studies at an early age, and among his early teachers were Frank Holton (cornet), Mark Goetz (harmony), and Louis Boos (violin). By the time he was fourteen, he was playing cornet with many bands in the western part of Michigan, and he began composing at about the age of sixteen.

He joined the band of a new small circus, the J.H. LaPearl Show, as a cornetist, and six weeks later he was appointed its conductor. He held this position from 1891 until sometime between 1897-1899. The circus grew in size and quality during this period, and the band showed similar growth.

After leaving the circus, VanderCook settled in Chicago, performing with theater groups and studying composition and cornet with A.F. Weldon, the noted conductor and composer of band music. They developed a close relationship which lasted for many years. VanderCook was also cornetist with Weldon's celebrated 2nd Regiment Band and served as his personal secretary.

In 1909, VanderCook founded his famous VanderCook College of Music on the site of Weldon's former studios. The purpose of the school was to train musicians as performers, directors, and teachers. After World War I, the increasing interest in school bands created the need for special training for those who conducted these bands. Under his direction, the school continued its important work, and in 1928 it was incorporated in Illinois as a nonprofit teacher training institution.

In 1941, VanderCook retired from active participation in the school he had founded. He had developed interests in farming, nature, and animals, but he retained his love for circus music and the music school until his death on October 16, 1949.

Among VanderCook's most famous marches are American Stride, Olevine, Pacific Fleet, Pageant of Columbia, and S.S. Theodore Roosevelt. He composed 70 marches which were published and probably several others which were not. His miscellaneous works include several dozen brass instrument solos published with piano accompaniment. He was also the author of numerous articles for music journals.