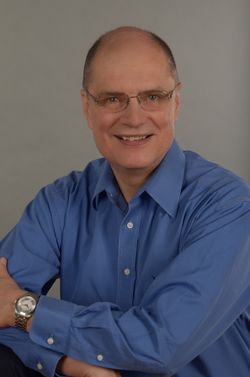 The character of Guignol was created at the beginning of the nineteenth century by a dentist in Lyon, France, who attracted customers to his chair by presenting puppet shows. The verbally adept puppet characters were based on those of the Italian commedia dell’arte, and the stories were relevant to the social concerns of the day, so the shows attracted adults as well as children. The scenarios inevitably ended with the clever and courageous Guignol defeating evildoers.

The satirical music of the concerto epitomizes the witty banter and frenetic action of a puppet show, with the soloist playing the part of the comic hero. The titles of the three movements provide a general description of the mood and character of the music though not a specific plot or program. Listeners may imagine their own scenarios suggested by the titles: Disputes, A Strange Occurrence In the Night, and Running Amok.

Guignol was commissioned by conductor J. Thomas Seddon IV and the University of Wisconsin – La Crosse for bassoonist Richard Hoenich. The concerto was completed in December of 2016 and was premiered on April 23, 2017, by soloist Hoenich and the UWL Wind Ensemble conducted by Dr. Seddon.