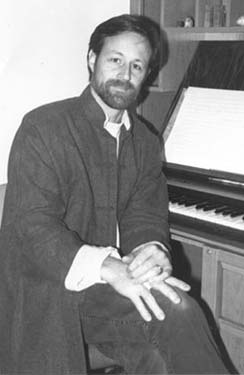 Gregory Youtz (b. 1956, Beirut, Lebanon) is an American composer.

Dr. Youtz's catalogue of compositions includes works for orchestra, band, choir, voice and various instrumental chamber ensembles. He was awarded a Charles Ives Award in 1984 from the American Academy and Institute of Arts and Letters and has received annual awards from ASCAP since 1990. His Scherzo for a Bitter Moon for band won the 1984 National Bandmasters Association contest and in 1990 his Fireworks for wind ensemble won the American Bandmasters Association Ostwald Award. A choral work, If We Sell You Our Land. based on the famous speech by Chief Seattle, was the subject of a story on NPR's Morning Edition in 1987, and his subsequent opera Songs from the Cedar House based on the history and legends of Indian and White cultural interaction in the Pacific Northwest premiered in February of 1991 at Pacific Lutheran University in Tacoma, Washington. He has received commissions from orchestras around Washington State, from Northwest regional new music ensembles, and other educational institutions. In 2001 he was honored with the "Composer of the Year" award by the Washington State Music Teachers' Association.

Youtz has done ethnomusicological research in China and Trinidad and is currently authoring books on Chinese music and on music composition. A native Northwesterner, he is Professor of Music on the faculty at Pacific Lutheran University in Tacoma, Washington, where he teaches composition, theory, history and courses in world music, and serves as Chair of the Chinese Studies Program. In 1992, Youtz was awarded the PLU-Burlington Northern Award for Excellence in Teaching.