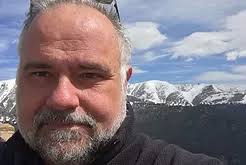 Greg Sanders (b. 2 April 1957, Jackson, Tenn.) is an American composer and educator.

As a composer, Sanders had been the recipient of commissions from both professional and non-professional groups, as well as from young performer ensembles. His music has won honors and awards from a number of groups and societies, including The Texas Orchestra Directors Association, the College Band Directors National Association, the National Federation of Music Clubs, the Music Teachers National Association, ASCAP, and Broadcast Music Incorporated. His orchestral work, Prairie Dreams: The River’s Echo was nominated as a 1992 Pulitzer Prize finalist.