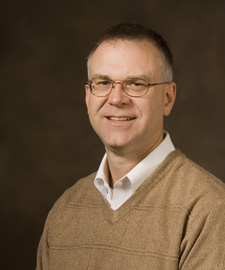 Greg Danner (b. 1958 in St. Louis, Mo.) is professor of music theory and composition at Tennessee Technological University. He received the B.A. from Southeast Missouri State University, the M.M. from the Eastman School of Music, and the Ph.D. from Washington University. His awards include the College Band Directors National Association Music for Young Band prize, vocal category and grand prize in the Delius Society composition contest, first prize in the Composers Guild composition contest, first prize in the Taghkanic Chorale composers competition, and the Louisiana Music Teachers Association Composer Commission Award.

An active performer (horn), Dr. Danner has held positions with the Baton Rouge and Acadiana orchestras in Louisiana and has performed with the Huntsville (Ala.) Symphony, the Lake Charles and Rapides orchestras in Louisiana and the Saint Louis, Saint Louis Municipal Opera, and Webster Groves orchestras in Missouri. He is a former member of the Louisiana Brass Quintet and Evangeline Wind Quintet. Dr. Danner is currently hornist with the Brass Arts Quintet, the Bryan Symphony Orchestra, and Murfreesboro Symphony. He is a freelance and studio musician in the Nashville area.