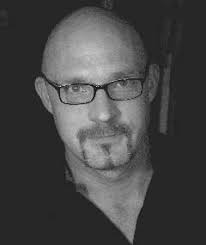 Bolin's Trio for Bassoon, Oboe and Piano was premiered at the International Double Reed Society convention in Buenos Aires in 2000. His score for Earth Songs, commissioned by the St. Louis-based Metro Theater Company, was performed in November of 2004 by the Nuclear Percussion Ensemble and Michelle Isam. The piece was subsequently expanded into a concert suite for the University of Texas New Music Ensemble, which premiered the work during its 2006-07 season. In September of 2005, the Ying Quartet and the Montana-based Cascade Quartet teamed up to premiere his octet, Missouri River Passacaglia. through a grant from the National Endowment for the Arts. The Music Academy of Showa, Japan premiered Fleisher Pass in December 2005. The piece was subsequently performed by the University of North Texas Wind Ensemble under Eugene Corporon, and the University of Texas Wind Ensemble under Jerry Junkin. Fleisher Pass was featured in the 2006 edition of Teaching Through Performance in Band.