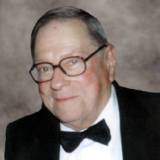 While a music student at White Pine County High School there, Hull came under the influence of A.F. (Al) Cluff, who inspired him to pursue a career in music. He studied at Pomona College (Bachelor of Arts in composition, 1950) and Claremont Graduate School (Master of Arts, 1951). He taught band, glee club, history, and English at Fort Jones (California) High School from 1951 to 1954.

In 1954, Hull moved to Stockton, California, to teach instrumental music at the elementary level, and he taught there until retiring in 1981. He has written and arranged a large amount of music for school band and orchestra. In his retirement, he has also made arrangements for a professional swing band in the Stockton area.