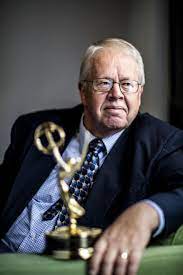 Subtitle: Stone Cut Out of the Mountain Without Hands

Granite is a programmatic musical depiction that tells the story of the building of the Salt Lake City Temple.

At the mouth of Little Cottonwood Canyon is the remnant of a fascinating granite quarry. Not a typical deeply-blasted excavation site, this quarry consists of large boulders of white granite (more accurately, quartz monzonite) that were deposited millennia ago (during the last ice age) by glaciers – literally stones “cut out of the mountain without hands [which] shall stand forever.” (see Daniel 2:44-45) These stones were used in the construction of the Salt Lake Temple from 1861 to 1893. They enabled the “mountain of the Lord’s house [to be] established in the top of the mountains, and [to] be exalted above the hills; and all nations shall flow unto it.” (Isaiah 2:2-3) A few days after the first pioneer company had entered the Salt Lake Valley in 1847, Brigham Young struck the ground with his walking stick and proclaimed, “Here we will build the temple of our God.” Beginning in 1853, initially digging a foundation and using sandstone from nearby Red Butte Canyon, then re-covering the foundation at the threat of intrusion from Johnston’s Army in 1858, granite was decided on for the construction.

Over the years, tent camps and towns grew near the quarry, including the towns of Granite City and Wasatch. Dedicated workers, including immigrant quarrymen from Europe, split the boulders into various sizes. Bore holes can still be seen in some of the stones that remain at the quarry. The heavy stones were then hauled 20 miles by uniquely built, heavy-duty, oxen-drawn wagons (and beginning in 1872, on a specially-constructed railroad spur) directly to the temple site, where they would be further shaped, fitted, and polished.

Although there were many uncounted dedicated workers (often assigned from wards in the valley), two intrepid craftsmen deserve special mention: One of the supervisors at the quarry site was James C. Livingston, a Scottish immigrant who was also called by Brigham Young to work on the construction of the Transcontinental Railroad, where he lost his right arm in a nitroglycerin explosion. He later served as a one-armed lawman in the area.

John Rowe Moyle was an indomitable British-trained stone craftsman who lived in Alpine – over twenty miles from the temple block. After his Saturday chores and Sunday worship, he would arise at two in the morning to walk to his son’s home in Salt Lake, where he stayed until finishing work on the temple on Friday. After recovering from losing his leg in a farm accident, and carving himself a wooden leg (with an ingenious articulated ankle), he eventually returned to his labors on the temple block, still walking the distance from home to the temple site. He is the man who carved the inscription, “Holiness to the Lord,” that is visible on the temple’s eastern wall.

Based on leitmotifs created by the composer, and paraphrasing from numerous hymn tunes, the following motivic materials may be found throughout this composition: glaciers and stones, tops of the mountains and mountain spires, glistening stone, stone cut out of the mountain without hands, holiness to the Lord, the dream/vision, How Beautiful Thy Temples Lord, hammers and chisels, stonecutters and craftsmen, oxen and locomotives, Let the Mountains Shout for Joy, impaired but intrepid craftsmen (Livingston and Moyle), dedication/consecration (of builders and buildings), mountain of the Lord’s house, Zion Stands with Hills Surrounded, temple spires rising, Auld Lang Syne, nations flow unto it, For the Strength of the Hills, and others.