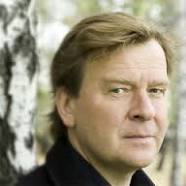 Subtitle: For Woodwind and Brass

"Lindberg, a master of orchestral sound, has chosen virtually the same forces as Stravinsky in his Symphonies of Wind Instruments, and with its five connected movements Gran Duo is a symphony in the modern sense ... a darkly brooding yet peaceful work that reflects something of a unique landscape."

- Program Note from The Times

Gran Duo was composed in 1999-2000 and is a dialogue between the two orchestral families of woodwind and brass, each with their respective material. Their initial characters, equating to the poetic stereotypes of 'masculine' and 'feminine', become progressively blurred and androgynised during the course of the work as larger sound masses give way to chamber music-style sub-groupings and individual instrumental solos.