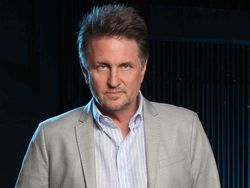 Goodwin wrote his first big band chart, called Hang Loose, when he was in the 7th grade. He continued his musical education at Cal State Northridge with Joel Leach and Bill Calkins. Following graduation from college, Goodwin was employed as a musician at the Disneyland theme park in Anaheim, California. Subsequently, Disney approached him to write a musical show featuring past and present Mouseketeers, including Britney Spears and Christina Aguilera. Goodwin was later recruited by Louie Bellson's big band, where he played with Pete Christlieb and Don Menza. He went on to play under Les Hooper and Grant Geissman.

Since then, Goodwin has risen to prominence in the American studio music scene with his big band, The Big Phat Band. In the band, Goodwin plays piano and occasionally both the soprano and tenor saxophone. This band brings together players such as Wayne Bergeron, Eric Marienthal, and Andy Martin. These detailed music charts are all written or adapted by Gordon Goodwin. Several of his songs are plays on old jazz tunes.

As a film scorer, Goodwin has worked on such films as The Majestic, Armageddon, Star Trek: Nemesis, The Incredibles, Snakes on a Plane, Gone in 60 Seconds, the classic cult film Attack of the Killer Tomatoes, and Enemy of the State. His work in television includes music for the TV series Animaniacs, Pinky and the Brain, Tom and Jerry Tales, Histeria!, and Road Rovers and Freakazoid!. His recording history includes performances with artists as diverse as Mel Tormé, Ray Charles and Christina Aguilera. Goodwin himself has received many individual awards, including a Grammy Award for Best Instrumental Arrangement for his work on the feature film The Incredibles. He is also a three-time Emmy winner. Goodwin also won the 2012 Grammy for Best Instrumental Arrangement for his arrangement of George Gershwin's Rhapsody in Blue.