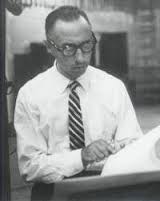 Osser graduated from the public schools of Munising where he studied piano, violin, saxophone and clarinet, and received a bachelor of music degree from the University of Michigan. After graduating in 1935 he worked with a college dance band and, on advice from the band leader, moved to New York City, where he met music publisher Charles Warren, who became Osser's mentor. His career in New York started with his arranging for many of the well-known dance orchestras, including Bunny Berigan, Bob Crosby, and Red Nichols. He soon came to the attention of the radio conductors and started devoting his time to this field for such conductors as Al Goodman and Al Roth.

The World War II years were spent in the maritime service, and after completing his enlistment he was engaged by Paul Whiteman as an arranger. He was staff conductor and arranger for the American Broadcasting Co. from 1947 to 1968, and the music director of the Miss America pageant starting in 1955. He also wrote and produced music for television and recordings with vocalists.