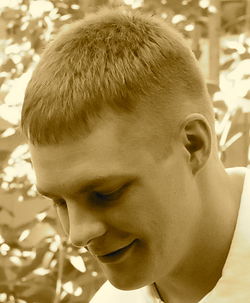 Commissioned by the 1188 Lorne Seats Royal Canadian Army Cadet Corps, the title of this attractive suite refers to the diced glengarry headdress worn by the cadets and its affiliated regiment, the Lorne Scots (Peel, Dufferin, and Halton Regiment). The galley is the Galley of Lorne, which is displayed on the coat of arms for the Dukes of Argyll. It appears on the sporran, the pouch of the Scottish Highlanders worn by members of the Regiment, and on the Regimental pennant.

Written in three distinct sections, the opening is scored as a stately march. Titled The Sapling Grows, it is intended to represent the development of youth in the cadet program. The emotional Colonel Parker memorializes a former cadet who in 2010 became the highest-ranking Canadian soldier to be killed in Afghanistan. This short section begins with a lyrical flute solo accompanied by a mournful clarinet drone that is followed by a lush brass-only passage. The lilting For Our Heritage, scored with noble melodic lines and effective contrasts of texture and dynamics, draws its title from the translation of the Gaelic motto of the Lorne Scots Regiment.