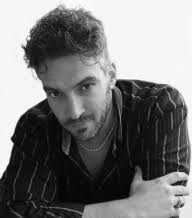 Giuseppe Calvino (b. 18 December 1976, Rovereto, Italy) is an Italian composer, educator and conductor.

Calvino graduated in ET from the Conservatory Bonporti di Trento and then Londeix specialist with Jean-Marie and Claude Delangle. In 2002 he obtained the diploma in percussion instruments, while at the same time assisting the Department of Law at the University of Trento. He studied band composition, instrumentation and orchestra conducting, studying with masters such as Marco Bazzoli, Daniele Carnevali, Fulvio Creux, Thomas Doss and Hardy Mertens, just to name a few. He has attended training courses on integrated teaching methods and took part in the the high artistic education project sponsored by the Ministry of Education, University and Research.

Calvino has played in several bands, including the Trentino wind band,the National Band of the Italian Army, the Concert Band of Youth Union Europeenne (director Jan Cober) and the Haydn Orchestra of Bolzano and Trento, directed by Pietro Borgonovo.

He teaches saxophone, percussion and solfeggio at the Music School in Borgo Valsugana (Trento). He is currently attending the European Band Institute of Trento, where his teachers are Jan Cober, Carlo Pirola, Felix Hauswirth and Gianni Caracristi. In January 2003 he was appointed as director of the Banda Cittadina di Levico Terme (Trento) with which, in 2004, he took over the seventh edition of the Dunabogdany International Band Competition (Hungary) and was awarded the maximum marks in the specific category with Honor Award.