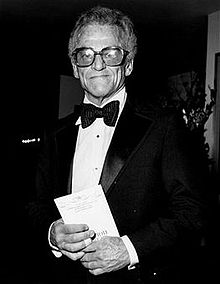 Gigi is a story of La Belle Epoque, Paris at the turn of the century: a world of beauty and luxury and sophisticates like Honoré and his handsome nephew Gaston. In this world love is a work of art and also a business arrangement. Little Gigi is being trained by her Aunt Alicia; she must learn how to allure, how to recognize the blue flame at the heart of an emerald, how to choose a cigar - but Gigi doesn't want just to be someone's mistress, even Gaston's. To his surprise Gaston discovers that Gigi is the only girl who doesn't bore him.

Gigi is a show that bubbles like champagne that flows through its vivid scenes. There is a tang of salty French wit, too, and a lacing of all-time hits: Gigi, The Night They Invented Champagne, I Remember It Well, and Thank Heaven For Little Girls. Gigi was first produced at the Uris Theater in New York City on November 13, 1973.