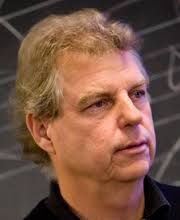 This work, though not truly programmatic, emerged from my experiences in the the 30,000 Islands region of southern Georgian Bay, Ontario, Canada. One of the most striking of the larger islands lies of Cedar Point and is part of regional lands inhabited for centuries by the Huron Indians. From very dark beginnings in the piece we ultimately arrive at a kind of celebration of the natural beauty and majesty of the island. This piece continues my personal interest in legends from around the world that help to explain in more or less magical terms the world around us.

Wyandot legend tells of a god called Kitchikewana, who was large enough to guard the whole of the Georgian Bay. Kitchikewana was known for his great temper, and his tribe decided the best way to calm him was with a wife. They held a grand celebration, and many women came. Kitchikewana met a woman named Wanakita here. He decided that this was the woman he wanted to marry, and started planning the wedding immediately after she left. But when she was invited back, she told Kitchikewana that she was already engaged. Enraged, Kitchikewana destroyed all the decorations, running to one end of Beausoleil Island and grabbing a large ball of earth. Running to the other end, he tossed it into the Great Lakes. Thus, the 30,000 Islands were created. The indentations left behind by his fingers form the five bays of Georgian Bay: Midland Bay, Penetang Bay, Hog Bay, Sturgeon Bay, and Matchedash Bay. He then lay down to sleep and sleeps there still as Giant's Tomb Island.