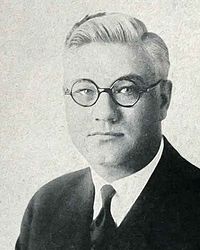 Cobb attended the School of Harmony and Composition at Syracuse University in 1905, and his compositions began soon thereafter.

Cobb collaborated with lyricist Jack Yellen on many early songs, and in 1950 Billboard described Cobb as a "roving music teacher" during Yellen's sophomore year in college. They sold their first big hit, All Aboard for Dixieland, for $100 in 1913, but the two had been writing songs as early as 1909, beginning with Moonlight Makes Me Lonesome For A Girl Like You.

Cobb's most famous work is The Russian Rag, a composition based on the opening chord progression of Rachmaninoff's Prelude in C-sharp minor, Op.3, No.2. The piece was such a hit in 1918 that Cobb wrote The New Russian Rag in 1923 in an attempt to arrange more of the Rachmaninoff prelude for ragtime piano.

By 1917 Cobb began writing a monthly column titled "Just Between You and Me" in The Tuneful Yankee, a ragtime music magazine owned by publisher Walter Jacobs. The magazine also published many of Cobb's musical compositions. Cobb continued writing for the magazine after the name changed to Melody in 1918.

In total, Cobb composed over 200 pieces of music including ragtimes, marches, and waltzes.