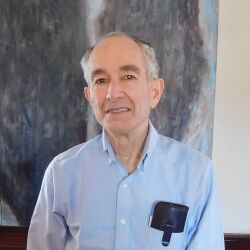 The piece could be described as folk-inspired classical chamber music. The harmonies are simple, modal, and consonant. The first movement, in 7/8, begins with a dance-like theme for the flute and clarinet; the second theme is a song for the oboe and horn. The development section brings in a melody suggestive of Western-movie music. The movement ends quietly, with a melodic phrase that parallels the opening. The second movement, in 5/4, opens with a song for the horn, accompanied by the three woodwinds. A short middle section consists of dance-like phrases for the woodwinds; then the song is played again, this time by the oboe.

The third movement, in 7/8, is a set of variations on a dance-like theme. It concludes with a variation in four-part counterpoint, followed by a four-bar coda based on the melodic phrase that opens the movement.