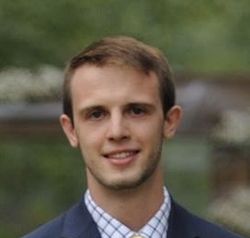 Generations was written to honor the memory of the composer's friend, Army Private Jonah Sovik (1994-2014), and those who serve in the United States military. The composer writes:

The United States Army is a symbol of strength and opportunity. It shows not only the strength of the country as a whole but also the individuals that it is comprised of. These individuals and their personal fortitude, overcoming many challenges, choose to dedicate themselves to a cause greater than themselves.

This piece represents the strength and consistency of the many “generations” of soldiers who have made the decision to serve sacrificially in the armed forces, specifically the Army. You can hear the beginning of the Army from the Revolutionary time period with the snare and fife at the beginning of the piece leading into the progression of the Army over the ages. The transition sections are representative of time with a consistent beat but also a syncopated rhythm overtop that give us the illusion that time is ever slipping by. The middle theme in the horns is a solemn reminder of the many sacrifices made, including those who ultimately gave up their lives. The main Army theme returns yet again at the end of the piece with slight changes showing the progression of the next generation taking over.

Overall this piece is to be an insight into what we as Americans are blessed with because of our soldiers. Because we are blessed we should live our lives in a way that inspires others and improves their lives as well.