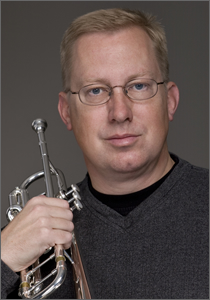 Gary D. Ziek (b. 1960) is an American composer, trumpeter and educator.

Dr. Ziek received his Doctor of Musical Arts Degree in Wind Conducting from Michigan State University in May of 1994, graduating as a member of the Honor Society of Phi Kappa Phi. While attending Michigan State, he served as Principal Trumpet in the Wind Symphony. He received his Master of Arts in Trumpet Performance in 1986 and his Bachelor of Science in Music Education from the Indiana University of Pennsylvania in 1981. He has served as the Director of Bands and Professor of Trumpet at Emporia State University since 1995.

Dr. Ziek served from 1982 to 1985 in the United States Army and was a member of the Continental Army Band at Fort Monroe, Virginia. He taught in the Greater Latrobe School District in Latrobe, Pennsylvania, from 1987 to 1992. He was the Associate Director of the Indiana University of Pennsylvania Marching Band in 1994.

Dr. Ziek enjoys performing and conducting a wide variety of music, from classical to jazz, and is active as both an arranger and composer. His compositions and arrangements have been performed throughout the United States, and in Europe and Asia. Dr. Ziek has performed and conducted in twenty five states, as well as in France, Germany, Switzerland, Italy, Austria and Canada.