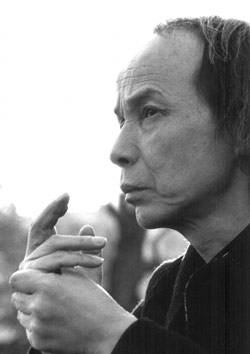 As the title suggests, this music was inspired by the idea of gardens, particularly, in poem which was written by Susan Morrison. Japanese gardens are world famous for their unique style, spatialization, and harmony with nature based on Japanese aesthetics. Takemitsu writes: “I love gardens. They do not reject people. There one can walk freely pause to view the entire garden, or gaze at a single tree. Plants, rocks, and sand show changes, constant changes.” He wrote several compositions about gardens.

Garden Rain begins with soft and “stationary” long notes. According to Burt, it is influenced by sho (a Japanese traditional wind instruments consisting of 17 narrow bamboo pipes), its chord, because of the “pitch-material of Garden Rain in terms of subsets formed by ‘partitioning’ of the traditional repertory of sho chords”, and the pauses necessary inhaling and exhaling between musical movements or phrases.

- Program Note from Silence in the music of John Cage, Toru Takemitsu and Salvatore Sciarrino

Garden Rain is dedicated to the Philip Jones Brass Ensemble.