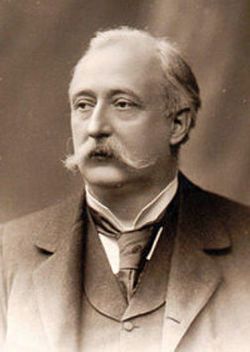 Pierné's family moved to Paris after Metz and part of Lorraine were annexed to Germany in 1871 following the Franco-Prussian War. He studied at the Paris Conservatoire, gaining first prizes for solfège, piano, organ, counterpoint and fugue. He won the French Prix de Rome in 1882, with his cantata Edith. His teachers included Antoine François Marmontel, Albert Lavignac, Émile Durand, César Franck (for the organ) and Jules Massenet (for composition).

Pierné succeeded César Franck as organist at Sainte-Clotilde Basilica in Paris from 1890 to 1898. He himself was succeeded by another distinguished Franck pupil, Charles Tournemire. Associated for many years with Édouard Colonne's concert series, the Concerts Colonne, from 1903, Pierné became chief conductor of this series in 1910. His most notable early performance was the world premiere of Igor Stravinsky's ballet The Firebird 1919, at the Ballets Russes, Paris, on 25 June 1910. He remained in the post until 1933.

He made a few electrical recordings for Odeon Records, from 1928 to 1934, conducting the L'Orchestre Colonne, including a 1929 performance of his Ramuntcho and a 1931 performance of excerpts from his ballet Cydalise et le Chevre-pied.

Pierné wrote several operas and choral and symphonic pieces, as well as a good deal of chamber music. His most famous composition is probably the oratorio La Croisade des Enfants based on the book by Marcel Schwob. Also notable are such shorter works as his March of the Little Lead Soldiers, which once enjoyed substantial popularity (not only in France) as an encore; the comparably popular Marche des petits Faunes is from his ballet Cydalise et le Chèvre-pied. His chamber work, Introduction et variations sur une ronde populaire, for saxophone quartet is a standard in saxophone quartet repertoire.

His discovery and promotion of the work of Ernest Fanelli in 1912 led to a controversy over the origins of impressionist music.