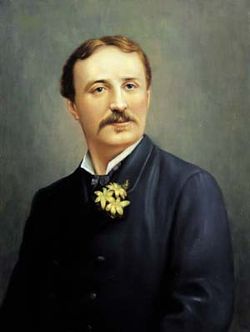 Funiculi Funicula by Luigi Denza is one of the most famous of all Italian street songs. In this arrangement for band, Philip J. Lang has re-created the driving festival spirit with exciting colorations for brass.

The composition opens with a fiery introduction by the full band, and at A a rhythmic pattern is established by the horns and saxophones. At B the trombones and baritone state the theme pompously over the rhythmic background. The full power and brilliance of the arrangement is reached at H where all low brasses and reeds proclaim the theme, punctuated by cornet fanfares. The finale is a return of the rhythmic pattern terminated by a spirit of exaltation stated by the full band.