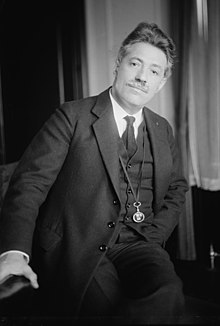 Kreisler studied at the Vienna Conservatory under Anton Bruckner, Jakob Dont and Joseph Hellmesberger Jr., and in Paris, where his teachers included Léo Delibes, Lambert Massart and Jules Massenet. While in Paris, he won the Premier Grand Prix de Rome gold medal at the age of 12, competing against 40 other players, all of whom were at least 20 years of age. He made his United States debut at the Steinway Hall in New York City on November 10, 1888, and his first tour of the United States in 1888–1889 with Moriz Rosenthal. He then returned to Austria and applied for a position in the Vienna Philharmonic, but was turned down by the concertmaster Arnold Rosé. As a result, he left music to study medicine.

He spent a brief time in the army before returning to the violin in 1899, when he gave a concert with the Berlin Philharmonic conducted by Arthur Nikisch. It was this concert and a series of American tours from 1901 to 1903 that brought him real acclaim. Kreisler was also an excellent pianist, and his piano playing is preserved on Ampico reproducing piano rolls.

In 1910, Kreisler gave the premiere of Sir Edward Elgar's Violin Concerto, a work commissioned by and dedicated to him. He served briefly in the Austrian Army in World War I before being honourably discharged after he was wounded. He arrived in New York on November 24, 1914, and spent the remainder of the war in America. He returned to Europe in 1924, living first in Berlin, then moving to France in 1938. Shortly thereafter, at the outbreak of World War II, he settled once again in the United States, becoming a naturalized citizen in 1943. He lived there for the rest of his life, giving his last public concert in 1947, and broadcasting performances for a few years after that.

One of the most noted violin masters of his day, and regarded as one of the greatest violinists of all time, he was known for his sweet tone and expressive phrasing.

As a composer, Kreisler wrote many works and arrangements for violin and piano, as well for Broadway, voice, and other performers.