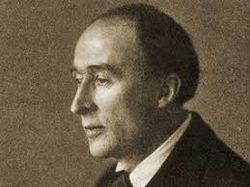 Frederick Delius was the son of German-born parents who had emigrated to England to participate in the wool trade, then one of Britain’s most successful export industries. Although he was a proficient pianist and violinist even before entering his teens, Delius was expected to take up the family business; he worked there for over three years as an apprentice, with a growing sense of frustration.

He wrote the orchestral piece Florida Suite, his first major score, in 1886-87, and it wasn’t long before a flow of works, some of them on a large scale, began to emerge from his pen. The fact that he had little occasion to hear his music did not deter him.

Although Edvard Grieg was an early friend and supporter (and influence), Delius’s social circle was more often populated with painters rather than musicians, and his friends included Edvard Munch, Paul Gauguin, Christian Krohg and others. The central relationship of his life was also with a painter, the German-born Helena (‘Jelka’) Rosen, whom he met in 1896 and married in 1903; in 1897 he moved into her house at Grez-sur-Loing, south of Paris, and there he lived for the rest of his life.

Over the next quarter century Delius produced one major work after another: the tone-poem Paris (1899), perhaps his single most important score for orchestra alone; the opera A Village Romeo and Juliet (1899–1901); the ambitious Mass of Life for chorus and orchestra (1904-5), to texts by Nietzsche; and the ‘English Rhapsody’ Brigg Fair (1907), based on a melody collected by his friend Percy Aldridge Grainger. It seemed that nothing could stop the stream of music. But some time between 1896 and 1900 Delius had contracted syphilis and during the First World War his health began to fail: he began to lose the use of his limbs, and his eyesight grew steadily worse; by the mid-1920s composition was beyond him.

Then, in the summer of 1928, he received a letter from a young English musician by the name of Eric Fenby; Fenby was so moved to discover that Delius could no longer compose that he offered his services as amanuensis. The following year, with Fenby’s help, the music again began to emerge as Delius enjoyed a last, unexpected, Indian summer, before his death on 10 June 1934.