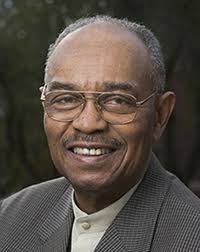 Frederick Tillis's first musical experiences were courtesy of his mother, who played piano and sang to him as a child. Later, at George Washington Carver Elementary School, Tillis decided to join the school's drum and bugle corps. As he became more proficient on trumpet, Tillis found his first professional job as a musician in jazz bands when he was twelve years old, earning him the nickname "Baby Tillis". Tillis' band director at Central Side High School, Fleming S. Huff, suggested that he start playing the saxophone.

In 1946, Tillis was accepted at Wiley College on a music scholarship, and thus became the first person in his family to receive a college education. He graduated from Wiley in 1949 with a B.A. in music, accepting the position of college band director there almost immediately. He moved from Texas in 1951 to attend the University of Iowa for graduate music studies. At this time, he also decided to volunteer in the United States Air Force at the outbreak of the Korean War, and became director of the 356th Air Force Band. He later went back to get his Ph.D. under the GI Bill at University of North Texas College of Music, but then returned to the University of Iowa to finish his doctoral studies.

Dr. Tillis wrote music since the age of twenty, and was influenced by Schoenberg, Bach, Prokofiev, Mussorgsky, African-American composers, and world music. Some of Tillis's more notable compositions include A Symphony of Songs, a choral/orchestral work based on poems by Wallace Stevens and commissioned by The Hartford Chorale, Inc. (1999); A Festival Journey (1992), and Ring Shout Concerto (1974), for percussion, written for Max Roach; and Concerto for Piano (Jazz Trio) and symphony orchestra (1983) written for Billy Taylor. Tillis also wrote several books of poetry, as well as the textbook Jazz Theory and Improvisation.