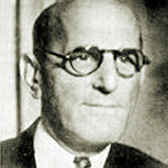 Fisher's parents were Max and Theodora Breitenbach. After visiting the United States in 1892, he immigrated in 1900, where he adopted the name Fred Fischer. He founded the Fred Fischer Music Publishing Company in 1907. Fisher wrote music for silent films, talkies, vaudeville, and nightclubs. In 1918, he opened his own publishing business, Fisher Music Corporation. Among his notable songs are Peg o’ My Heart, Come, Josephine in My Flying Machine, and And the Band Played On.

During World War I Fischer changed his surname to Fisher to make it seem less Germanic.

In 1970, Fred Fisher was inducted into the Songwriters Hall of Fame. The Ripley's "Believe It or Not" column credited him with writing more Irish songs than anyone else.