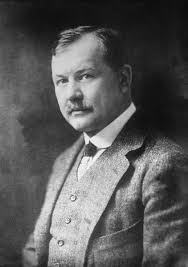 Lehár was born in the northern part of Komárom, Kingdom of Hungary, Austria-Hungary, the eldest son of Franz Lehár (senior) (1838–1898), an Austrian bandmaster in the Infantry Regiment No. 50 of the Austro-Hungarian Army.

Franz studied violin at the Prague Conservatory, where his violin teacher was Antonín Bennewitz, but was advised by Antonín Dvořák to focus on composition. After graduation in 1888 he joined his father's band in Vienna, as assistant bandmaster. Two years later he became bandmaster at Losoncz, East Slovakia, making him the youngest bandmaster in the Austro-Hungarian Army at that time. In 1902 he became conductor at the historic Vienna Theater an der Wien, where his operetta Wiener Frauen was performed in November of that year.

He is most famous for his operettas – the most successful of which is The Merry Widow (Die lustige Witwe) – but he also wrote sonatas, symphonic poems and marches. He also composed a number of waltzes (the most popular being Gold und Silber, composed for Princess Pauline von Metternich's "Gold and Silver" Ball, January 1902), some of which were drawn from his famous operettas.

Lehár's relationship with the Nazi regime was an uneasy one because of his Jewish wife, Sophie. Hitler enjoyed Lehár's music, and hostility diminished across Germany after Goebbels's intervention on Lehár's part. The Nazi regime was aware of the uses of Lehár's music for propaganda purposes: concerts of his music were given in occupied Paris in 1941.