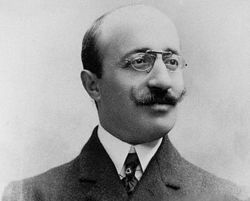 Cilèa gave early indication of an aptitude for music when at the age of four he heard a performance of Vincenzo Bellini's Norma and was greatly affected by it. He was sent to study music at the Conservatorio di San Pietro a Majella in Naples, where he quickly demonstrated his diligence and precocious talent, earning a gold medal from the Ministero della Pubblica Istruzione (Department of Education).

In 1889, for his final examination at the end of his course of study, he submitted his opera Gina, with a libretto by Enrico Golisciani which was adapted from the old French play Catherine, ou La Croix d'or by Baron Anne-Honoré-Joseph Duveyrier de Mélésville (1787—1865). This melodramma idilico was performed in the college theatre, and it attracted the attention of the publishers Sonzogno, who arranged for a second production, in Florence, in 1892.

Sonzogno also then commissioned from Cilèa La Tilda, a verismo opera in three short acts along the lines of Mascagni's Cavalleria Rusticana. With a libretto by Angelo Zanardini, La Tilda had a successful first performance in April 1892 at the Teatro Pagliano in Florence.

In 1897 (27 November), the Teatro Lirico in Milan saw the première of Cilèa's third opera L'Arlesiana, based on the play by Alphonse Daudet, with a libretto by Leopoldo Marenco. In reality L'Arlesiana was a failure which Cilèa, being convinced of the work's value, tried repeatedly to remedy.

Again at the Teatro Lirico in Milan, in 1902, the composer won an enthusiastic reception for Adriana Lecouvreur, a 4-act opera with a libretto by Arturo Colautti, set in 18th century Paris and based upon a play by Eugène Scribe. Adriana Lecouvreur is the opera of Cilèa which is best known to international audiences today, and it reveals the spontaneity of a melodic style drawn from the Neapolitan school combined with harmonic and tonal shading influenced by French composers such as Massenet.

Cilèa's last opera, premièred at La Scala in Milan on 15 April 1907 under the baton of Arturo Toscanini, was the 3-act tragedy Gloria, again with a libretto by Colautti, based on a play by Victorien Sardou. The opera was withdrawn after only two performances; and the failure of this work, even though the composer attempted a later revision, was enough to drive him to abandon the operatic stage for good.

Nevertheless, he continued to compose chamber music, and some orchestral music. In 1913 he produced a symphonic poem in honour of Giuseppe Verdi with verses by Sem Benelli. After this he devoted himself principally to education and became director of the Conservatorio Vincenzo Bellini in Palermo, and then at his alma mater, the Conservatorio San Pietro a Maiella in Naples, where he ended his teaching career in 1936.

Cilèa was a member of the Royal Academia Musicale at Florence and was a Chevalier of the Order of the Crown on Italy (1893), being made an officer of the latter order in 1908. He died in Varazza, Italy, on November 20, 1950.